Here is something I have had sitting on my desk for a while.  When I was in Washington DC for the NASA Exobiology 50th Anniversary symposium last year (blogged about here), I also spent some time poking around the Smithsonian Natural History museum’s collections.  I was actually poking for a reason – to look for referenced type material that I could image.

However, beyond discovering how fantastically cryptic the museum collections are, and how very few people have any clue to the whereabouts of these valuable scientific materials, my researches didn’t turn up much.  Except this:

Rifling through a drawer, looking through examples of likely algal carbonaceous fossils Chuaria and Beltina, I found an envelope marked ‘Unpublished Drawings, Beltina danai.  Walcott’.  The Walcott is Charles Doolittle Walcott, who is widely credited for discovering  and bringing into the scientific spotlight, one of the most famous Cambrian lagerstatte, the Burgess Shale. 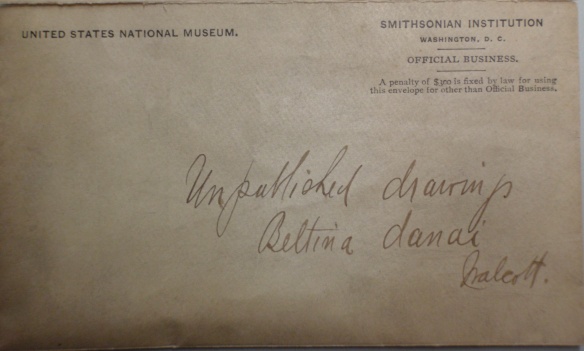 Inside the envelope were twelve small pieces of paper, each with an intricate pencil drawing of a single unique fossil of Beltina.  They are beautiful.  As someone who appreciates the power of good illustration in science, and good illustration as good art itself, it was like opening an envelope to find a bottomless supply of gold.  These drawings, as well as being impeccably implememented, are a piece of history.  Here, tucked away in a corner of some forgotten drawer in a rarely visited corner of the museum, are the fruits of a great scientist’s labour.  The pencil strokes, the careful shading – I would love to know what Charles Doolittle Walcott was thinking when he drew them.  Did his mind wander to shreds of memory, reliving fieldwork, discussions, romantic liasons?  Or did every new stroke focus a theory on these fossils themselves.

No longer will they be hidden, unpublished and forgotten.  Beltina, still unresolved to this day, deserves this artistic outing at the least.

That’s probably enough dramatic and romantic prose.  I hope you enjoy these beautiful drawings as much as I did, and still do. 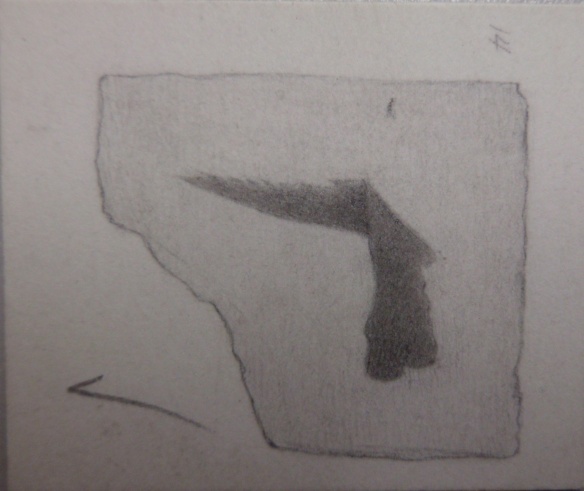 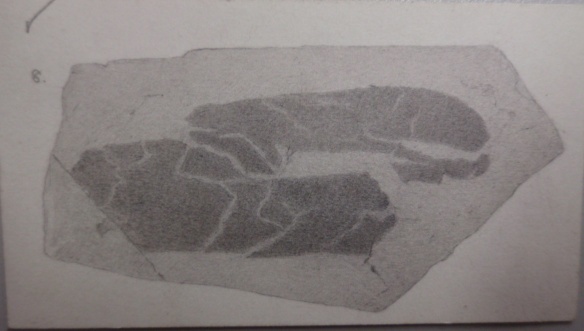 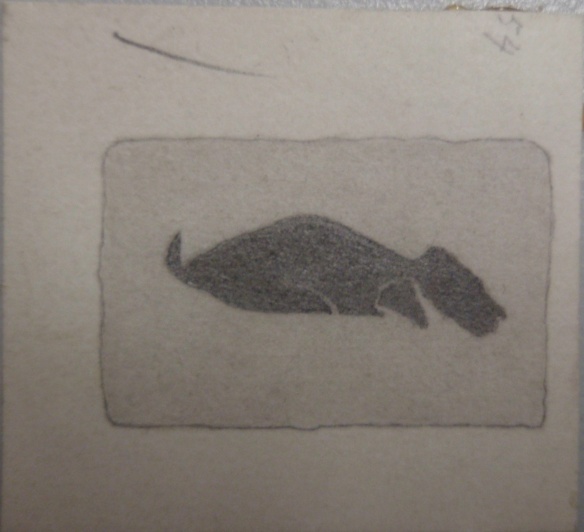